The Secret To A Successful Photo Shoot With Children 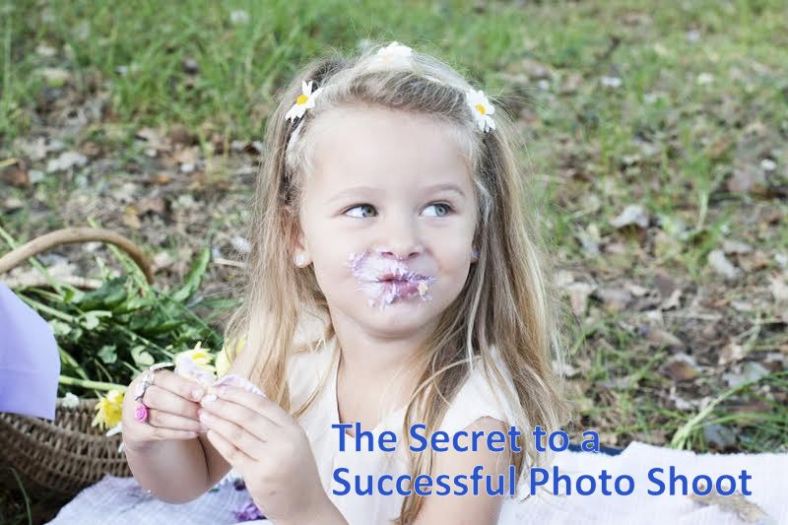 If you’re reading this then you’ve probably booked a photo shoot to capture the absolute cuteness of your children as they are right now, the sweet little things.

Except that the sweet darling things that you want to capture don’t always present themselves at this photoshoot.  Instead if they might present a version that you see most often, but don’t actually want other people to see, never mind permanently capture.  They may refuse to do anything, they may scream, they may throw the most epic tantrum that they have ever had.

So how can you make the most of your money and time spent with your photographer?

We’ve had the privilege of working with quite a few photographers over the last few years in all different kinds of shoots.  We’ve had a tea party in the forest, Riya’s done some “modeling” work with Sticky Fudge and here, we’ve also done a family shoot that we loved so much that we gave our family an extended family shoot for Christmas. Not to forget the latest Easter inspired shoot that we did just last Saturday with Lauren Pretorious Photography.

Besides getting some photos professionally taken, I also spend a lot of time behind the lens of my own camera and my subjects of choice just happen to be my kids.  Basically what I’m saying is that we’ve experienced it pretty much all the possibilities. 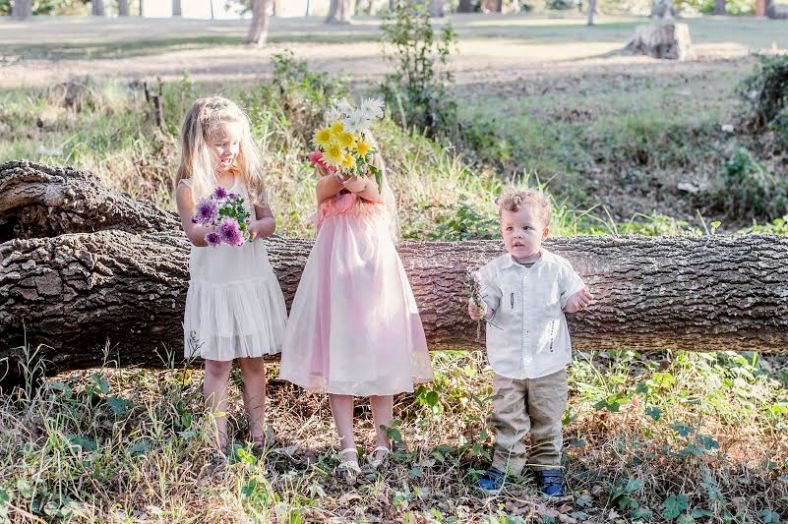 Here’s a few guidelines to ensure that you make the most out of your shoot.

*Spoiler alert* There is no special secret to getting it right

To think that there is, is just fooling yourself and setting the experience up to be an epic fail.  The only thing that really is up to you is making sure that you choose a photographer that can deal with the fun that children bring.  Have a look at their portfolio – do they frequently work with kids?  Do the pictures look super posed and stiff or are they relaxed and real?  Find someone where their work reflects the dynamic of your family and what you want out of the shoot.

Give your kids the heads up

There is absolutely no harm in preparing your kids for the shoot.  BUT don’t make too big of a deal about it.  Last time I did that I had my 3 year old growling at the camera after having an epic tantrum and refusing to put on the clothes.  A more tried and tested approach is to just casually tell them about it a couple of days before, so that they can process it before having to actually deal with it.  Maybe just explain (in a non-scary way) that there will be someone there taking pictures while they do whatever it is that you want them to do.

Be prepared or face the wrath of angry toddler!

Oh man.  Don’t think that you can just wing it.  Oh no sister, that ain’t going to fly.  You need to have your @*^& together.  If they need to have special clothing on – wrangle them into it before you get there (rookie mistake we made with Knox just this past Saturday – left it till we got there to put his shirt on and all hell broke loose).  If you know you need props, pack them the night before.  Make sure that they are well fed and that their nappies are clean.  Bring water to give them during the shoot too.

The most important thing is to make them feel comfortable

Once you are there, trying to force them to do something that they are not comfortable with is not going to get you any decent pictures.  If you don’t end up with a screaming tot, you will well end up with posed and overly cheesy shots.  The key is to let them adapt to their environment – sometimes they can do it on their own and sometimes they need you to guide them by talking over what you see.  For example, “Oh my goodness did you see that bird?  What colour was it?”  If it’s not a styled shoot then bringing a special toy from home might also help.  Also, don’t forget to tell them when they’re doing well, they need that positive affirmation too. 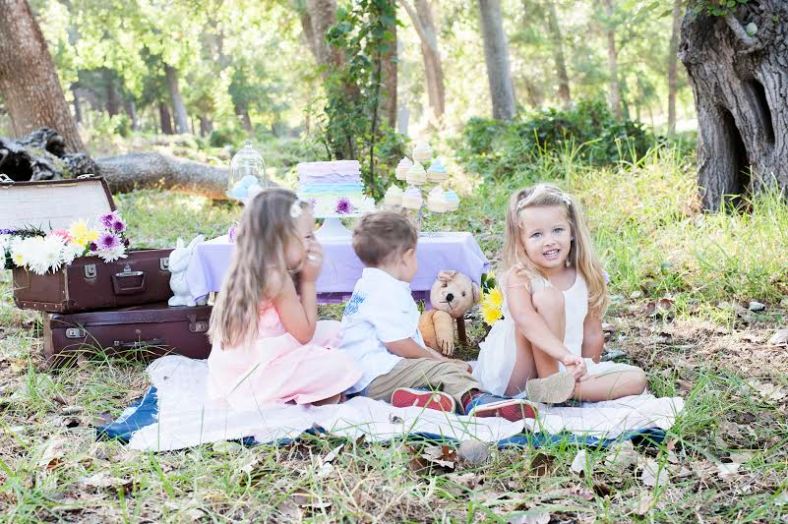 In the words of our all time favourite movie, ‘Let It Go’

Be proactive and chat to your photographer about what you want out of the shoot before you get there, make a Pinterest board, draw out every scenario on napkins or whatever feels right to you – go absolutely nuts planning it.  But once you get there just let it go.  A good photographer now knows what you want and will endeavour to get it for you – there is nothing more that you can do.  Sure, there is no harm in trying to guide the process but if baby will just not sit and look at the camera while holding the tea cup then so be it.  They’ll do something else that they’re more comfortable with that will make a much better picture because it’s not forced.

And when all is said and done, don’t forget the power of bribery

This key parenting technique is the one to whip out when you are at your wits ends.  It’s guaranteed to work – except when it doesn’t.

Really, the secret is to just enjoy yourself and if you’ve booked with any photographer worth their equipment, then you’ll end up with perfection.  Absolute perfection! 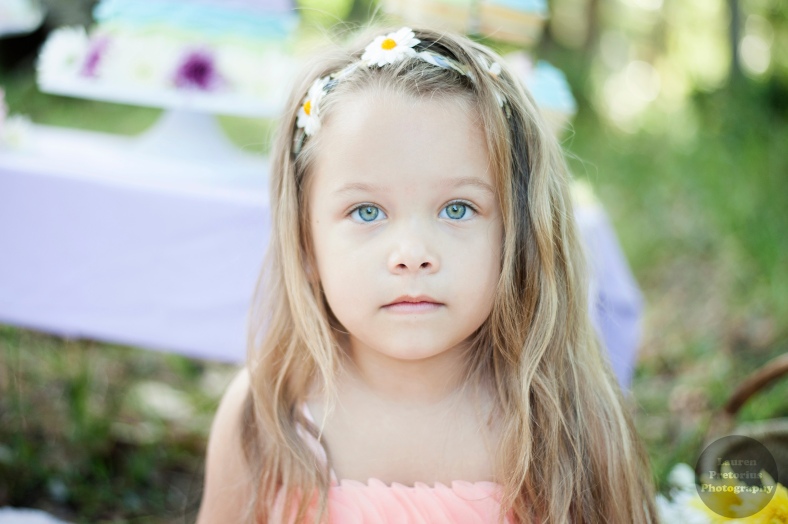 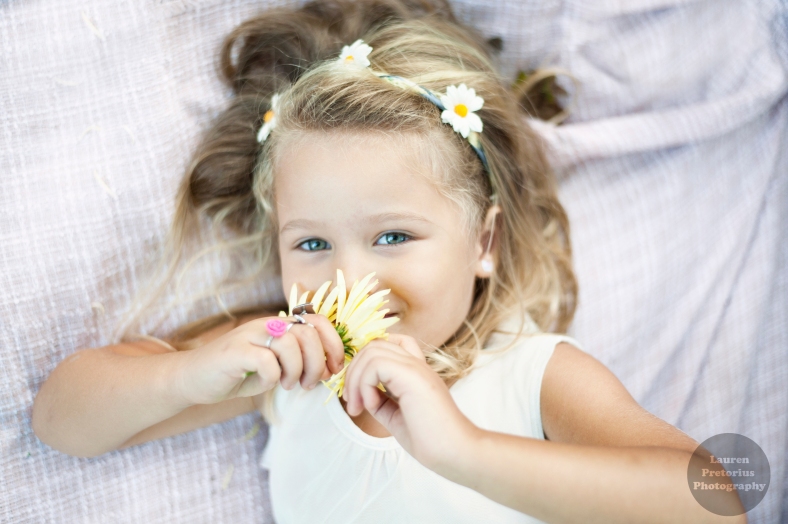 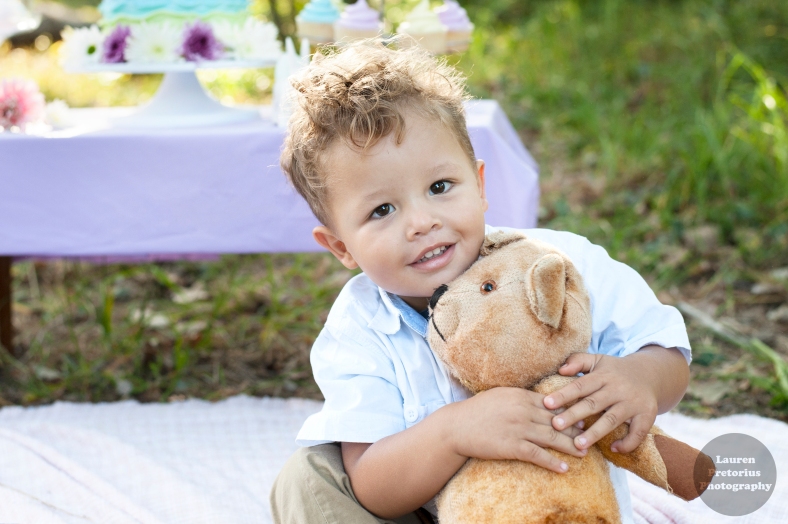 Throwing Away The Handbook

Great advice. And as always the kids are so so beautiful!

Wow. Will keep that in mind for the future.. I love the photos, the kids looks so cute.

Your children are exquisite!
And I agree, prep for a photo shoot with little kids is key otherwise it all just goes pear shaped!

I went into the first couple of shoot totally unprepared and it was not great – thankfully the photographer was professional enough to salvage the situation.

Oh those last 3 indeed are true perfection. I loved the last shoot we did in PE on the beach where the photographer sent the kids to play, took out her telephoto lens and shot some of the best I have ever seen of my kids. Our L is hell to work with and that worked a charm

The natural ones are the best ones indeed! I’ve just bought myself a lens that enables me to sit further away to take the pictures and it’s made all the difference not having a camera all up in their faces!

I did photography for years and know all about how kids can act at a photoshoot, it’s a little bit funny watching the parents lose their minds but at the same time when you get those photos theres a sense of accomplishment

I can only imagine it must be quite entertaining to watch the parents try and get their kids to “act”! I’ve found myself dancing like a freak behind the photographer just so that we could get a genuine smile from them ha ha

it’s hilarious. it seriously is. you kinda want a second photographer on site to capture the parents

Bwahaha that would be hilarious!!

think of the awesome photos you’d get though. full of real emotion

Just the most gorgeous family on the Internet!

These tips are so true! I’ve seen it even when taking simple pictures. I want a pose like this but my toddler refuses to cooperate. I’ve learnt I could either get frustrated or just enjoy the moment and hope I get a few that are good!

Beautiful pics of your beautiful kids! Can’t wait to see the rest of the pics xx

Thanks my friend! I miss you!