Behind The Scenes Of A Mixed Race Family – Tami Magnin

In case you’ve missed it, we’ve started a new series that will pop up here on the blog every Friday.

Recently I have been inundated with content about racism in every shape and form – from issues with mixed race parents or cross racial adoption to being asked to write about it on Heritage Day.  There is just so much that we could say on the topic as it’s still touches a very raw nerve in South Africa (and rightfully so).

Besides the odd intentional racist, I feel like a lot of the hurtful comments are actually just brought about through ignorance.  Thinking only of our own personal situations with little regard for others, because that’s all that we know. So in an effort to broaden what we know, I thought I would interview a wide range of South Africans that have a variety of different situations – from mixed race couples to single race couples that adopt cross racially to couples that share the same “race” but differ vastly in terms of culture.  A bit of a mumble jumble of everything really.

So let’s get started!

I’ve had the pleasure of meeting Tami at a couple of events in the past and her easy going, bubbly personality is infectious.  I’m sure you’re going to enjoy getting to know a little bit more about their family as much as I did!

Tell us a little bit about yourself – what you do, what you like to spend your time on etc

I’m Tami and I work for a Government department (no judgies, ok?). I would far rather be spending my time baking, writing and lying around on the beach reading but I have yet to find a way of making any of these pay the bills.

Tell us a little bit about your partner – what they do, what they like to spend time on etc

My husband in Anton and he is a stay at home Dad. He enjoys cycling, photography and procrastinating. Kidding! (Not really) 😉

Give us a bit of insight into your racial/cultural backgrounds.

I grew up in Mountview (which is across the way from Hanover Park) and Anton grew up in Kirstenhof, Tokai. I met him at St James in 1995 and we started dating soon after that. Yes, 1995!! He asked me out the day after we won the rugby World Cup and we’ve been together ever since. St James Church has been multi-racial for like a billion years so it wasn’t an issue but it was a long time before we were confident enough to walk around in my hood. We’ve been stared at A LOT and it is very stressful when you are still young enough to care what other people think. We actually met up in The Link and Cavendish Square as it was on bus and train routes and hung out there a lot of the time.

Where do you live? Does how you are “accepted” change when you visit different places?

We married in 2001 and lived in Diep River for 6 months before we bought a flat in Parklands. I fell pregnant in 2004 so we sold the flat and bought a house in Tableview. I don’t remember us ever encountering an openly hostile environment. We still get stared at but it’s more or less normal for us. Since we’ve had kids we get stared at a bit more but I’m going with the fact that it’s because our kids are so gorgeous and awesome.

Zac is 10 and is in Grade 4. He loves asking questions – I’m fairly sure he will be a hard hitting journo in the near future and he loves drawing and playing make believe games. He loves riding his bike and building off plan with his legos. He is definitely a “Master Builder”.

Zoe is 7 and she already loves writing. She is super smart and articulate and can negotiate her way out of any form of trouble. She loves reading and bossing her brother around and she HATES cleaning her room which ALWAYS looks like a tornado has just ripped through that part of the house.

How do you and your partner view race in your relationship? What kind of role does it play in your family? Does it even feature?

Well, when I had to fill out the forms for the registration of the kid’s birth for Home Affairs, I ticked the “coloured” box for Zac (because he has more of my colouring) and I ticked the “white” box for Zoe because she looks more like her dad. One day, when I have time, I will campaign for all of those colour classifications to be taken off official and bank forms or have “Human Being” box added. I can’t remember race ever being an issue for me but I think that is because I went to St James from around the age of 10. I participated in church musicals and choir from a young age so hanging out with kids from all backgrounds was normal for me. In terms of our relationship we had to cross a few barriers but that was more or less proving to our parents that this was okay and it was the way our country should be. 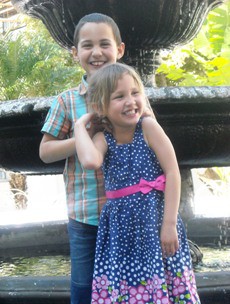 Are there big differences in your marriage relationship that are affected by your heritage/culture?

Nope, we are both Christians so there weren’t any issues there. If I had to classify our “heritage” I’d have to call us Capetonian so the friction in our relationship was normal couple stuff rather than coming from two opposite ends of the cultural scale.

How have your families reacted to your relationship?

They were a bit dubious in the beginning but they accepted it soon enough. We’ve been together for 20 years this year so maybe they’ve accepted the fact that we’re in it for the long haul.

What kind of experiences have you or your partner had when you have been out with your kids (alone with them or together as a family)?

As I’ve already mentioned, stares. Fortunately I haven’t seen any pointing but often people seem to have just managed to stop themselves in time. Also, when we are doing grocery shopping together many cashiers assume that we aren’t together so, if one of us adds something to the pile or hands over the money, they are taken aback.

What are some of the ignorant and hurtful things that have been said to you and your husband about this issue?

I don’t remember anything in particular. Life is too short so if anything was said in the last 20 years I’ve already deleted it from my memory.

What do you think we can do to combat this ignorance/stupidity?

It starts at home. If you raise your children to see colour and teach them that one type of person is better than another then you’re doing a great job keeping the ignorance alive. Colour, culture, heritage and stigmatization of certain groups of people are narrow minded and stupid. All people have faults and idiosyncrasies that drive us nuts but just because you once knew a person from a particular culture that was loud/rude/dirty etc it doesn’t mean that all people from that culture are like that. 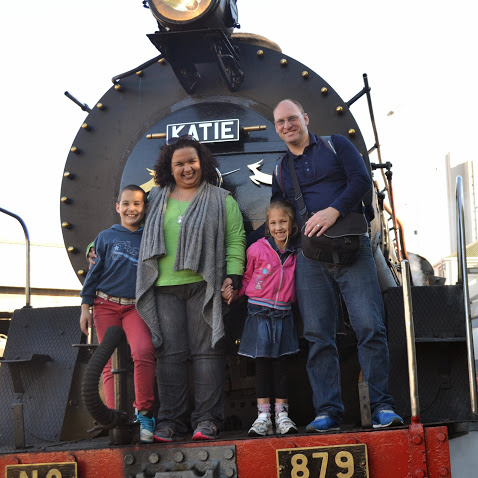 Did you have any fears about parenting mixed race children before you had them? Have any of those fears changed since becoming a Mommy/Daddy to kids with mixed genes?

I had more fears about whether I’d know how to be a Mom. The race thing never came into it. Mixed genes are awesome. As a coloured I know that my heritage is like a pot of potjiekos and I think it makes me more resilient.

Do you have any advice for those new to this experience?

I know it isn’t easy but ignore ignorant people. If you’re feeling brave and you have the time and energy challenge people on what they say or do. Maybe if we all make them think about their preconceptions we can start this country on a process toward healing.

We also currently have a giveaway going for those of you with kids between 4 and 10.  Go through to this post if you’d like to win a Philips Sonicare toothbrush for your kids.

Thank you Tami for joining in on this series!

If you’re in Cape Town and want to stand up to racism in our City take the pledge here.

The One Where I Get Too Emo About My Face

I’d help you in the campaign against race boxes! I always say South African then argue with some or other official because I refuse to put my race down.

Tami, you’re amazing! So glad to have the chance to read a little of your story. Cindy, thanks for providing a forum for hearing people’s different journeys.

Great series Cindy and a lovely interview Tami. Well done to you both for the strides you are making in changing people’s perceptions…