Behind The Scenes of a Mixed Race Couple – Rebecca Tafadzwa

Good to see you.  Are you as happy as I am that today is Friday?  If Friday had a face, I’d smooch it.  I’d smooch it hard.

Anyway, we have another story to share this morning.  Now I just have to elaborate here a bit because most of the stories that we share on this space are not grossly negative.  In fact, it’s often the direct opposite, life is just plain dandy and there have never been any issues at all.  Which is great right?  It is great.  But even though Seth and I are not vastly different and live in the very accepting community of Cape Town, we have had issues.

So I often find it strange when the people that have been interviewed have not had even one bad experience.  Either that means that they are seriously lucky and SA is making more progress than I thought.  Or it means that they are too scared to really talk about what has happened (because let’s face it, talking about race on the internet is freaking terrifying – anything could be taken out of context at any given moment) or they are just ignorant of any reactions that have been caused around them.

This week Rebecca shares some of the very real struggles that they have had as a mixed race couple. Tell us a little bit about yourself, your partner and how you met.

My Name is Rebecca and my fiancé’s name is Christopher. Christopher and I met five years ago in a restaurant in Parkhurst. After several dates we realised there was something special between us and we fell in love.

How has being in a mixed race relationship affected you both in your everyday lives?

During the beginning of our courtship it was all new to us and we didn’t notice all the dirty looks and nasty people. But as our relationship moved forward it has become unbearable to even walk outside together. Shortly after Christopher and I got engaged we moved in together. Christopher had a close relationship with his employer at the time and invited him to our house warming party. Shortly after the house warming party Christopher was fired unfairly from his job which was devastating to us and we were unable to see the truth in the matter.

Christopher then found another job as a restaurant manager in Sandton, he worked there for four months, he was in charge of several black employees and worked hard with them to make the restaurant function smoothly. In the fourth month of Christopher’s employment we drove with my car to drop him at work while his was in for repairs and the staff and colleagues noticed that he was in a mixed race relationship and began calling him terrible names and started to loose respect for him, especially the black men. In the beginning of the fifth month Christopher was fired.

We suffered financial losses and our relationship was under some strain. Christopher worked day in and day out searching for work and eventually found another job as a food and beverage manager, and desperate to make up for all the debt we had being unemployed for so long we decided that he should employ me as a hostess to enable us to catch up on the rent arrears. We decided to keep it quiet about us and pretend we never knew each other. This helped us out of the trouble somewhat, until one Saturday we were getting groceries at the shops and we bumped into the restaurant owners wife. Chris was called in at work and put in a disciplinary hearing and dismissed and so was I.

We have faced so much negative treatment during the course of our time together I have begun to loose faith in our relationship. The only problem is that we really do love each other. It hurts me so to see how nasty and disrespectful black men are towards Chris. He is a really good man and he loves me unconditionally. He will do anything for us and has been violently attacked several times when Black men have randomly grabbed me in the street or shopping mall. As they do in Africa. This still hasn’t affected Christopher’s love for me. I am his number one and I couldn’t wish for more.

The hardship has been testing on us and being ridiculed, spat at and called horrendous things has taken its toll on him and he has been a walking stress bucket. I wish South African society could fix this sick racism and stop the punishment of innocent people.

We are now trying our best to seek employment overseas where we may be accepted, we don’t deserve what has been done to us. The pain hurt and suffering physically, mentally and financially.

Our love is worthy of a better life. I hope all that read this may help and pray for Christopher and I to make a happy safe life abroad.

If you would like to join in and be featured in this series or know of someone that would, please see what I need from you HERE! 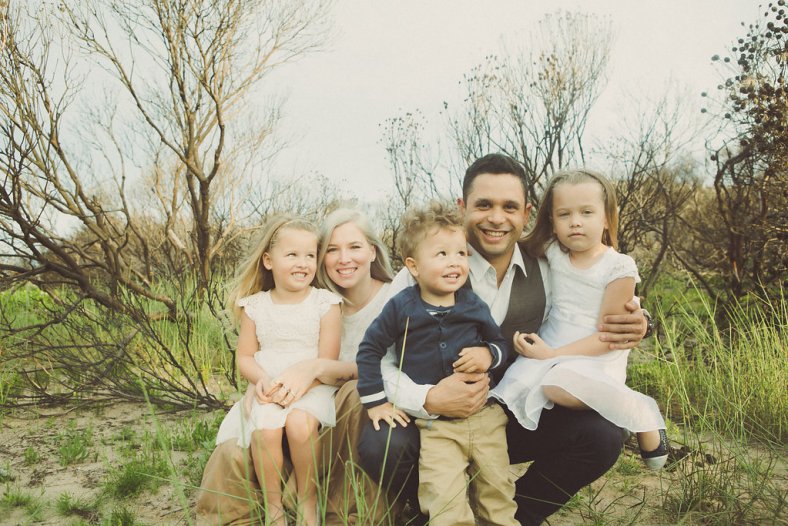 Is this is the first time you’re joining us?  If it is, a big fat WELCOME, it’s good to have you stop by.  Fancy catching up on all these other interviews that you have missed?  Here are the other features – make yourself a hot cup of the good stuff, and settle in for some reading.

Here’s a little bit of background as to why I want to do this series and why I want YOU to read it and share it with your friends.  I am one half of a mixed race marriage (if you want to read my story, check it out here) and we have had our fair share of adjusting to this new life that is often not accepted by everyone.

Besides the odd intentional racist, I feel like a lot of the hurtful comments floating around are actually just brought about through ignorance about how their words will affect other people.  Thinking only of our own personal situations with little regard for others, because that’s all that we know. So in an effort to broaden what we know, I thought I would interview a wide range of South Africans that have a variety of different situations – from mixed race couples to single race couples that adopt cross racially to couples that share the same “race” but differ vastly in terms of culture.  A bit of a mumble jumble of everything really.

On Cutting Down and Letting Go

The Ears Of A Toddler

Well done for standing strong in your relationship, Rebecca and Christopher! You guys look like a stunning couple! I am so sorry you have both had such a hard time with the racism! I totally agree that SA needs to get past it, we are all human and we all want and need the same things. Keep strong, sister!

So very sorry to hear your story Rebecca and Christopher. I think Capetonians are far more accepting of mixed relationships than “up country”. Maybe you could come here instead of going overseas? But my heart does ache for you and I hope that you will find somewhere that you will be happy and accepted.

Sjoe, this is heartbreaking 🙁

Rebecca that is so horrible. I think those of us with stories from Cape Town and Durban (if you pick your area wisely) haven’t had nearly as much trouble; what you guys have faced is ridiculous! Maybe just a thought another city might be kinder to you. Praying you two find an easier future somewhere.

people can be nasty just because they can, but have faith in ur love for each other and try not to let idiots get to u hard iam sure, stay strong

im so sorry Rebecca that you guys are going through so much. I have by far found Johannesburg to be accepting well atleast certain areas.i pray that this doesn’t affect your relationship. *hugs*

You are such a beautiful couple. I’m so sorry to hear you both have had a difficult time in JHB it’s terribly upsetting to hear. I can’t think of anything more beautifil than love between couples regardless of colour, sexual orientation or religion.
I honestly think you will find acceptance in Cape Town. Please think about moving here before you go overseas. Don’t give up on our country we’ve come a long way sadly we still have a long way to go in certain parts. If you do decide to move overseas London is a great city and very multicultural. Although there is no place like home. All the very best to you both!!

I actually clicked on the article because you guys are such a good looking couple. I can’t believe race is still such a big issue for people in this of all countries… we fought for equality only to still be divided… doesn’t make sense. My 4 year old doesn’t see race… just good or bad people. I’m sorry you guys are going through this.