I think it’s quite obvious that I wasn’t feeling the Christmas vibe this year and I know many of you have been struggling with the same thing too.

But not feeling Christmassy at Christmas time is downright despicable and there’s nothing worse than being despicable at Christmas – so we spent the weekend twinklyfying everything in the house while singing our hearts out to Boney M.  Magic might have happened because suddenly my heart seems to be at peace again.

We actually started the weekend off at our annual nativity play at church on Friday night – it’s possibly the cutest, cleverest nativity play you could find.  You dress up your kids in whatever they want to be that features in the story (Mary, Joseph, sheep etc, Kings, shepherd or the ever popular angels) and as we navigate through the story we stop and take “postcard” pictures of all the characters.  This year our girls went as Mary but adamantly insisted that they be an angel next year.

Knox was a shepherd that refused to dress up, carried a sheep that he used to whack his sisters on the head and wouldn’t sit still for the picture, but he was there too.

Saturday was dedicated to getting that tree up.  I used to end up doing it on my own, getting less and less Christmassy by the second, but this year I had a few little helpers.  Even though their enthusiasm dropped after fluffing up a couple of branches, it was nice to do it with them.  We blasted all of our Christmas CD’s on random and danced and sang and decorated and ate mince pies and spread crumbs and tree leaves all over the lounge.

That crazy, haphazard, go with the flow is my new mantra for the Summer – I ruin too many occasions trying to make them “perfect”.  Because let’s face it, this is life now.  Perfectly imperfect.

The very much curated “calm before the storm” 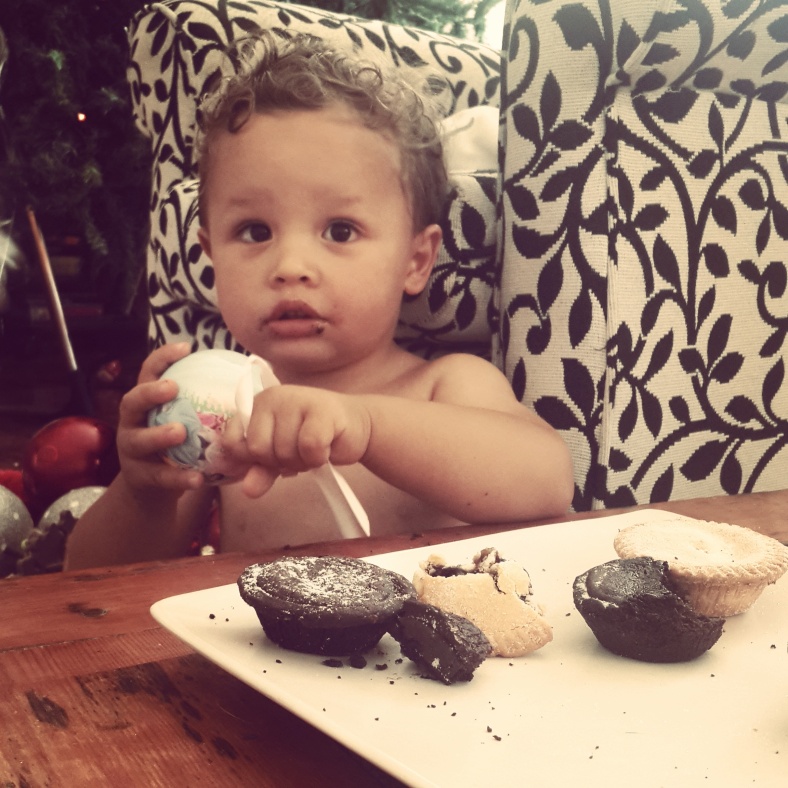 Why eat one mince pie when you can half eat 3?!

We followed it up the next morning with purple flap jacks.  Except that instead of our usual recipe, we used the Nomu kit and apparently they are called hot cakes.  Also they are apparently better than my homemade ones…  According to my soon to be dead husband.

The coloured hot cakes/flap jacks is a big tradition in our home.  I love it and the girls always ask for it.  It all started a couple of years ago when we made rainbow coloured ones, although we haven’t gone full rainbow since last New Year.  The only problem is that we’ve never had normal coloured ones since! 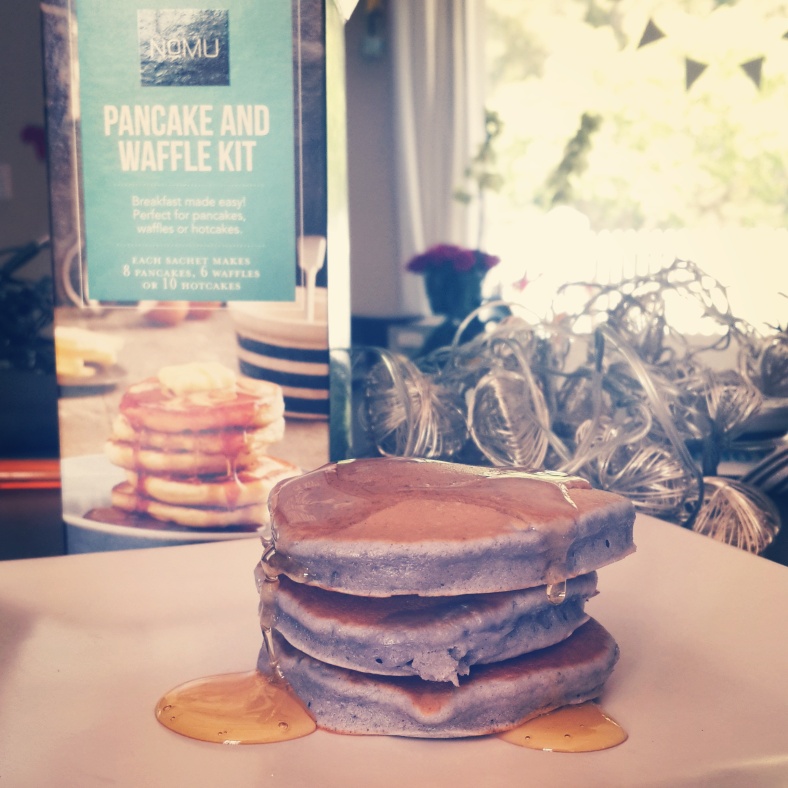 We ended off the weekend by going to our family Carol Service at church in the evening – first time we have been in about 5 years.  While we were having a chill time before heading out, I looked up and just felt totally overwhelmed by how blessed we are.  I am so privileged to be their Mom.

And to top it all off tonight we are heading out to our annual Christmas party with a group of good friends.  Well hopefully.  Knox woke up vomiting this morning and hasn’t stopped – praying that he is feeling better in time!

Are you feeling Christmassy yet?

(It seems that we have been starting our own little traditions without even knowing it – just stumbled on last years tree post and there we were, doing some of it together and following it up with pancakes…  I guess traditions become traditions because you keep doing them consciously or subconsciously.)

One Of Those Times It Feels Like Your Heart May Pop

I rarely feel Christmasy this early in the season. I drag my heels and refuse to get into it until just a couple of weeks prior. Your home looks lovely though and it looks as if you’ve got a perfect little nook for your tree.

I like the idea of everyone dressing up as the characters. Nicky also used the sheep for other things – like throwing.

What a lovely idea for a nativity play. Is it scripted, or improvised?